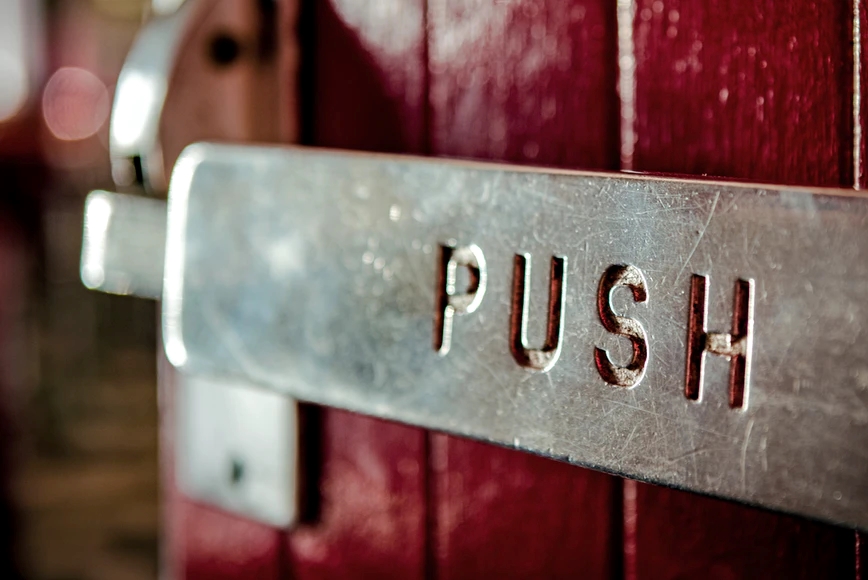 The process of deploying a new app in the Apple App Store or Google Play Store takes a long time. Especially with Apple, it takes more than a week for an app to get reviewed and added.

After having our app published in both or either of the stores, we'll likely need to make small changes to the app.

Now, with the app store approach, we'd need to create a new release and go through the process again.

For React Native apps, this is where CodePush can help. If we only have a small change in the JavaScript file, such as a title change, we can use CodePush. However, if we've added a new feature, such as a user's location, we need to go through the app store process again.

In this post, we'll learn how to use CodePush to update our app. Our app should already be on the App Store or Play Store for this to work.

Let's take a look at the initial setup in CodePush. CodePush is from Microsoft, and we need to create an account in the MicroSoft App Center first.

Now, click on Add new app. This should open a pop-up in which we need to give the app name, OS, and platform.

Next, let's set up a new project. After clicking Add new app in the previous pop-up, we'll get this screen:

So, as per the instructions, we have installed the required npm packages in our application.

Next, we need to add a new file in appcenter-config.json with our secret key. The path for this is android/app/src/main/assets/.

Now, we need to add the given string in the strings.xml file inside the res/values folder.

Then, we need to change the environment to Production from Staging.

Next, we need to click on the Settings icon next to the dropdown. This will expose our keys, which we need to take note of.

Let's install React Native CodePush in our project with the command below. For this, we need to install the react-native-code-push package. The instructions according to different versions of React Native can be found here.

These instructions are from version 0.60 and above.

Now, in android/app/build.gradle, we have to add this additional line:

Next, in the MainApplication.java file, first add the import statement.

Lastly, we have to go to the strings.xml file and add a new line.

Now, we have to provide the production keys that we used in an earlier step:

Let's learn how to get a security token, which we'll need to connect the app center with Play Store. So, go to your Google Play console. Then, go to Setup > API access.

After selecting Choose a project to link, we'll get a pop-up. Here, click I agree.

After that, we'll need to click Link existing project and the Link project button.

Now, click on the Google Cloud Platform link in the pop-up.

Now, we will see our newly created service account. Inside, click on the three dots under Actions and select Manage keys.

This will take us to the screen below. Here, click on the ADD KEY dropdown and then Create new key.

This will open a pop-up. Here, select JSON and then the CREATE button.

This'll save a file with a .json extension on our local system.

Adding CodePush in the Project

Here's where we'll add CodePush in our project. After adding CodePush, we'll be able to directly distribute our app.

To do so, we need to add it in the App.js file. First, import CodePush. Then we'll use the Effect hook to call CodePush inside the app.

At last, we'll use a Redux-style higher-order component to wrap our app.

Now, we'll also make a minor change to our project by adding a header to our simple Xylophone app.

Now, let's create an APK file, which we'll need to deploy the next version of the app in the Google Play Store via the app center. We'll also need it for testing with Waldo later on.

Here, we'll also be looking into the steps to create an APK file for the Android store. We'll be following the instructions from this official document.

First, generate a signing key using the keytool on a Mac. This tool is in the computer's JDK directory. However, we need to find the JDK path on a Mac first.

After that, change to the directory and run the keytool command.

When we run keytool, it'll ask us some questions, as shown. The main thing is to remember the password we've entered. We're also copying the generated keystore file to our app's Android/app folder.

After that, in the gradle.properties file inside the Android folder, we need to add the text below. We also need to enter the correct password here.

Then, we'll add this text in the Android/app/biild.gradle file:

Lastly, we need to run the command bash gradlew bundleRelease from the Android folder.

So, the APK file will be generated in the android\app\build\outputs\apk\debug folder.

It's always a good practice to test our app before deploying it. Instead of writing complicated test cases, we'll use Waldo's testing tool. For this, we'll need the APK file we just created.

Then, we'll upload the APK file. We have an earlier build in Waldo, so we'll need to click on Upload a new build. After that, click on Select your .apk file.

Now, we'll see our build. We need to click on this build to proceed with testing.

To test our app, we need to interact with it. We should interact with the app as if we're interacting with any other app on our phone. After doing this, click on the Save test button, and our test will run.

Connect to the Google Play Store

Next, we need to click on the Google Play tab.

It'll ask for a .json file, and we need to upload the one created earlier.

Now, we'll add the .json file. After that, click Connect.

Uploading to the Google Play Store

Finally, let's add the APK file to the app center. This will allow us to distribute our app through the Google Play Store.

Now, we can upload our new release to the Google Play Store. Click on Releases to the left, which will open a new menu to Upload a build.

Now, we need to upload the APK file we created earlier.

Next, it'll ask us about the release notes. Here, add an appropriate note and click Next.

Then, it'll ask for the destinations. Here, we can distribute it to the testers.

This will show that the app has been successfully released to the tester.

Similarly, we can follow the above steps and publish it to a production track.

In this post, we've learned about CodePush in React Native. This approach helps us reduce deployment time if we're making a small change to an app such as adding a new background color or title.

We learned the initial setup of a CodePush account and how to add an already deployed app to CodePush. We also learned the changes we need to make to an app and created APK files.

Finally, we tested the APK files with the no-code platform from Waldo and learned how to push our app through CodePush to the Google Play Store.